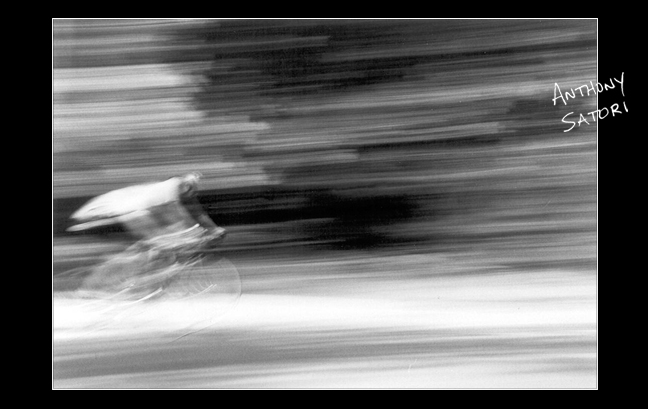 Einstein’s Special Theory of Relativity tells us that the velocity of a given observer directly and substantively affects the relative velocity of that which is being observed.

Put into a philosophical context:  If you race through life too quickly, the effect will be the same as life passing you by too fast.  If, however, you make a conscious effort to slow down and appreciate every moment, the Universe will respond by revealing nearly limitless opportunities for you to awaken and breathe.

“I sometimes think people don’t know what grass is, or flowers, because they never see them slowly.  If you showed someone a green blur, Oh yes! They’d say, that’s grass!  A pink blur! That’s a rose garden!  White blurs are houses.  Brown blurs are cows… Isn’t that funny, and sad, too?” — Ray Bradbury

Slow down.  Savor the moment.  Life was not meant to be experienced as a blur.

According to Greek mythology, Prometheus stole fire from the gods and gave it to humans for our use and benefit.  It surely must have seemed like nothing less than supernatural forces at play when our ancient ancestors observed lightning crashing down from the heavens and scorching the earth in ways nothing else came even close to doing. Remarkably, opportunistic uses of Prometheus’ gift probably date back more than a  million years, and evidence seems to suggest that the habitual, controlled use of fire probably became part of the human suite of behaviors even as far back as 300,000 to 500,000 years ago, still firmly within the parameters of the Stone Age.  It is truly astounding to fathom that this fundamental element of human experience dates back so amazingly far, and that it still remains part of our lives to this day.  There are very few similarly consistent through-lines in the human experience.

This begins to inform why, even after all of these millennia, sitting around a fire remains nothing less than mesmerizing — watching the movement of the flames, feeling the warming effect of its heat, basking in the soft glow of its light.  And, as anyone who has gone camping or sat around a fireplace will tell you, it is especially pleasurable to share this experience with friends and family.  Whether you are talking, singing, or just listening to the crackle of the fire, this activity feels comforting and natural in a very deep way.  We have been doing this, as a species, for nearly half a million years.  It is surely one of the earliest social rituals of human life.

There are also other reasons this experience still resonates so deeply with us, even in our modern world of mass media, smart phones and stimulus overload.   All the way back to the earliest era, this activity would have most commonly taken place at the end of the day, so the main work and/or dangers of the day would have been passed.  All of the members of the tribe who had gone out of sight during the daylight hours would be back at the village, now, and accounted for, so there would be a feeling of togetherness and closure.  Also, the fire-side ritual would have happened after dark, which is a mystical time, and a part of the day which would not have been dependably habitable prior to the light and heat provided by the controlled use of fire.  Throughout the night, a fire would have kept predators away from the camp, and so the mere sight of contained flames would have quickly become associated with feelings of security and peace.  The evening fire-side ritual would also almost surely have been accompanied by the smell and flavor of cooked meat, which provided nourishment and a feeling of contentment, a partaking of the spoils of the day.  In addition to all of these things, sitting around the fire would have been the most natural time and place to share and re-live the events of the day through conversation, stories, shared contemplation and even, eventually, song, developing our language skills and strengthening intra-community bonds.

And so we can see how this simple act of gathering around the fire — this ritual, this experience — is layered with hundreds of thousands of years of human memories of pleasure, security, community and nourishment.  The next time you are sitting around a fire with friends or family, then, take a silent moment to feel just how deeply ingrained this human experience is within your being.  And then kick back, relax, put a steak on the grill, and tell a story from your day.  In this moment, you are truly human.

Polo is an impressive spectacle of horsemanship and athleticism that dates back thousands of years.  There are actual cave paintings in China depicting polo matches being played over two millennia ago, and the game has remained remarkably consistent throughout the centuries.  Moving from Asia to Europe and eventually to the New World, polo has often been called the “Sport of Kings,” primarily because of the high cost of maintaining and training large teams of horses, but also for its pomp, ceremony and civility of play.  While still an elaborate production, polo has become far more accessible in the modern era, and now, for little more than the price of a ticket to a baseball or basketball game, anyone who wishes to attend can engage in the fun.  And, after all these centuries, it is still a great experience to enjoy a beautiful day in good company, watching the spectacle play out — the athletes, the “ponies,” the dirt flying — amidst the sunshine, the fresh air, and the smell of freshly-cut grass.

The only additional element that I might  consider adding would be to have the players do more yelling.  I know, it may sound strange at first, but currently the play is markedly quiet, and I suspect some well-timed battle cries would add an exciting dimension to the event.  Imagine a pack of polo players charging down the field on their horses, mallets in the air, hollering at the top of their lungs!  Can’t you almost hear them?  Aaaaaaugh!  Indeed, I think the occasional hearty group yell would bring an enhanced air of simulated battle to the milieu, and even provide spectators with an opportunity to verbally participate by chiming in.   Of course, if it hasn’t become part of the sport by now, it’s unlikely that they will start doing this any time soon, (certainly not at my suggestion.)  But I figured I’d put the idea on the table.  In the meantime, let’s get out there and stomp some divots, and get ready for the next chukker!

“Like the wind, like clouds, like thunder and lightning, which rise from space without physical shape and reach the transcendent light in their own form, those who rise above body-consciousness ascend to the transcendent light in their real form, the Self.  In that state, free from attachment, they move at will, laughing, playing and rejoicing.  They know that the Self is not the body, but only tied to it for a time… Whenever one sees, smells, speaks, hears or thinks, they know that it is the Self that sees, smells, speaks, hears and thinks; the senses are merely the Self’s instruments.”  (The Chandogya Upanishad) 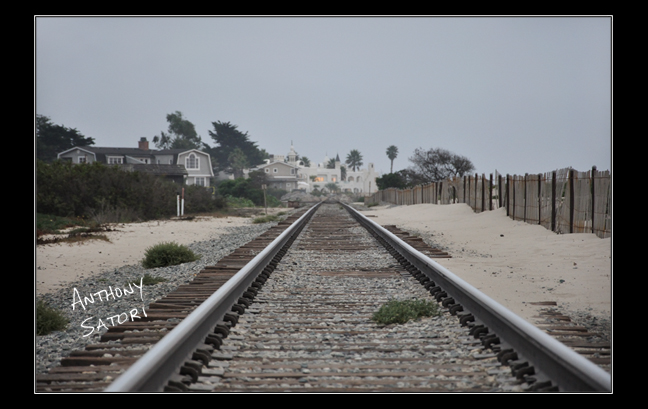 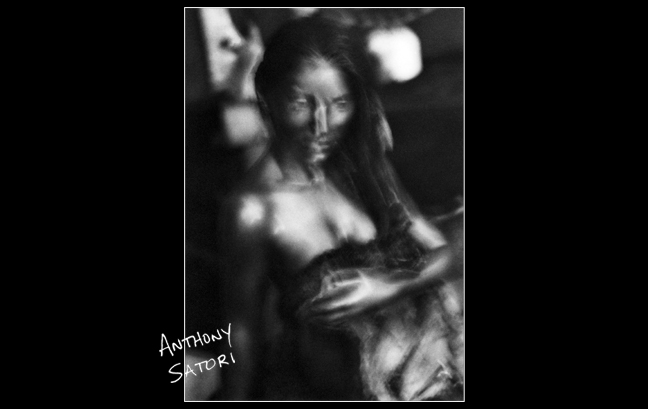 Some new music from Mobius Trip.

A cover of the Beatles’ tune “Her Majesty” re-envisioned as an ode to the character Galatea from Ovid’s narrative poem Metamorphoses.

“Trust in dreams, for in them is the hidden gate to eternity.” — Khalil Gibran