“‘You gave me hyacinths first a year ago; / They called me the hyacinth girl.’ / — Yet when we came back, late, from the Hyacinth garden, / Your arms full, and your hair wet, I could not / Speak, and my eyes failed, I was neither / Living nor dead, and I knew nothing, / Looking into the heart of light, the silence.” – T. S. Eliot (The Waste Land)

“Out of my pocket I drew a little edition of Dante — my travelling companion. I lit a pipe, leaned against the wall and made myself comfortable.  I hesitated for a moment.  Into which verses should I dip?  Into the burning pitch of the Inferno, or the cleansing flames of Purgatory?  Or should I make straight for the most elevated plane of human hope?  I had the choice.  Holding my pocket Dante in my hand, I rejoiced in my freedom.  The verses I was going to choose so early in the morning would impart their rhythm to the whole of the day.” – Nikos Kazantzakis (Zorba the Greek)

“A Walk Along the Shore”  |  Anthony Satori

Two figures, a young girl and her mother, walking hand in hand toward the seashore in the middle of Winter.  The child is wearing a vibrant red sweatshirt, the hood thrown back to feel the chill of the air on her face and neck.  The mother wears a sensible overcoat, with a long skirt and large hat to protect her from the elements.  The child walks with a spring in her step, looking gleefully around, taking it all in.  The mother walks with a more level stride, directed more steadily toward their destination.  Under her arm, the mother carries a heavy purse — the responsibilities of adulthood — everpresent in her possession.  She holds it away from the girl, however, shielding her child from life’s weight by placing nothing less than her own self in between.  They are at the shore on a cold day, presenting the young girl with a new experience, showing her that you do not have to wait until Summer to share a lovely walk at the sea — in fact, if you take your moments in life as they come, you might just be surprised by the unique and special beauties that you will find.  The mother wears muted tones from head to toe, but amidst the greys and browns of her attire there is a hint of red in her shoes.  It is a mere flash of color, almost easy to miss, but it is a true, living remnant of her own youth, a glimmer of the young girl that she herself once was, not so long ago.  It is a spark of her own childlike spirit, preserved, still alive within her, giving her the ability to genuinely relate to her young daughter’s fresh enthusiasm and to truly share in the experience.

“True beauty is a ray that springs from the sacred depths of the soul, and illuminates the body, just as life springs from the kernel of a seed and gives color and scent to a flower.” – Khalil Gibran

“Nothing can surpass the mystery of stillness.” – E. E. Cummings 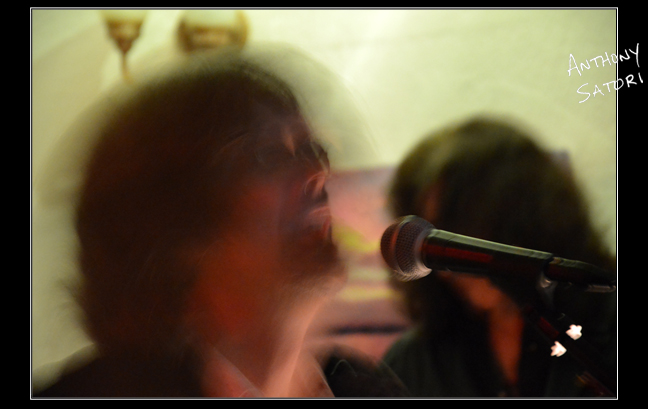 The Dive Bar Messiahs headlined last Saturday night at the Lookout Bar and Grill in Channel Islands, California, and they took the house down.  With each individual band member boasting an impressive resume, this newly-formed power trio blew the roof off the place with songs by the Doors, the Beatles and the Animals, and packed the dance floor with tunes such as their unstoppable rendition of Wild Cherry’s “Play That Funky Music.”  Against the backdrop of the Channel Islands Harbor and playing to a diverse crowd, this show was a blast for everyone attending.  Be sure to check out the Dive Bar Messiahs’ Facebook page  and find out where they’re playing next, so you can join the party!   https://www.facebook.com/divebarmessiahs 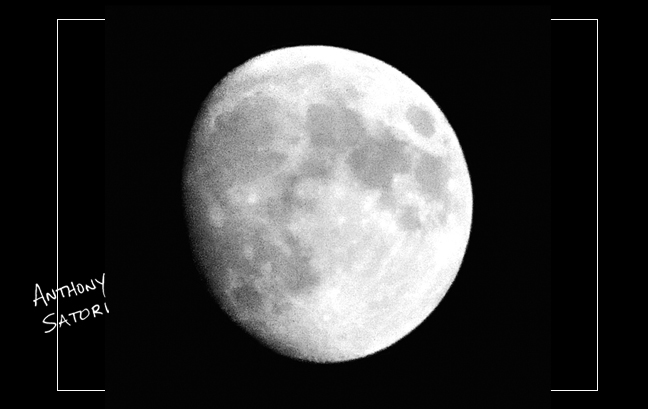 Some nights, when everything is quiet and the air is warm, I go outside and simply experience how the world feels around me.  I allow myself to become fully aware of the stillness, the silence, the way every object becomes transformed from its daylight appearance when it is differently lit by the moon and the stars.  I breathe deeply of the air and allow the moonlight to wash over my eyes.  The expansiveness of the heavens, the soft glow of the objects in my view, the light chill of the night air on my skin, it all feels peaceful and calming to my spirit.  I focus on the beauty and depth of the soft, bluish moonlight, knowing that it is a gentle reflection of the Sun’s rays reaching from behind the shadow of the Earth, traveling millions of miles, bouncing off the surface of the moon, and then arriving, softened but not diminished, exactly where I stand.  It is like a whisper, a quiet reminder that the Sun is still there, still shining, even though I cannot see it, in this moment.  I breathe deeply.  The mystical quality of the moonlight connects me with the still, silent, infinite space within my soul.  I feel the deep echo of millions of years of human ancestry experiencing the same awe and wonder while standing beneath the same night sky, and I become more deeply connected to my humanity.  I feel a deep inner resonance with the Creative Consciousness of the Universe, the Source of all good things, and I become more profoundly connected to my spirituality.  I allow myself to just be, in this moment.  A sense of inner calm and clarity gradually expands from within me, permeating my conscious mind, putting me in touch with my more subtle faculties, and heightening my ability to better perceive the beauty and goodness in everything around me. 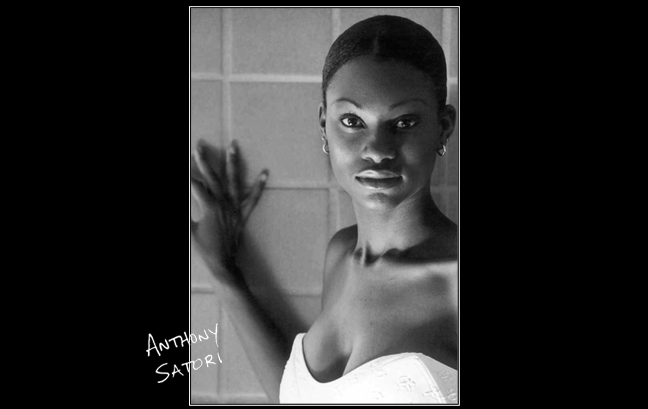 “The light of the sun seems to be poured down, and to be poured, indeed, in every direction, but not poured away; for this pouring is an extension, and that is why the sun’s beams are called ‘rays’ (aktines), because they are extended (ekteinesthai).

“And what kind of thing a ray is you can readily see if you look at sunlight entering a darkened room through a narrow opening.  For it stretches out in a straight line and comes to rest, so to speak, on any solid body that intercepts it, cutting off the air that lies beyond; and there it rests, neither slipping off nor falling down.

“The pouring forth and diffusion of our understanding should follow a comparable pattern, and by no means be a pouring away, but rather, an extension; and it should not make a forcible or violent impact on the obstacles that it encounters nor sink down, but stand firm and illuminate the object that receives it, for that which fails to welcome it will deprive itself of light.” 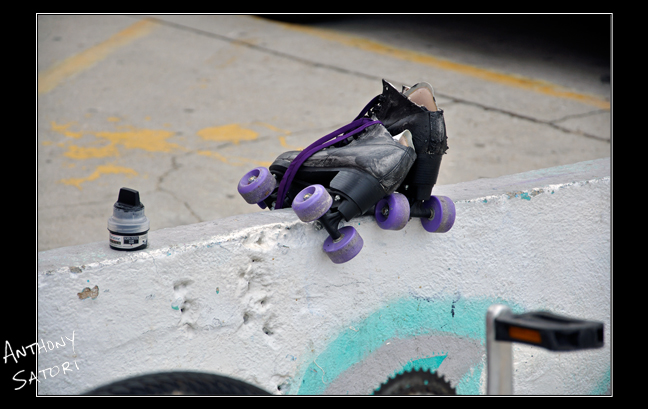 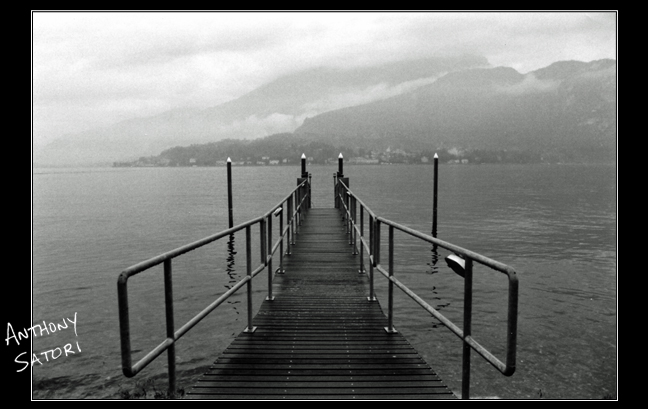 It was early morning on the shores of Lake Como, northern Italy.  I took a deep breath and savored the quiet beauty of the surroundings.  A small motor boat appeared through the fog and docked at the end of the pier, waiting for us to board.  Our group began to walk along the wooden planks toward where the vessel gently rocked in the water.  About halfway down the pier, I moved to affix the lens cap to the end of my camera, but as I did, it slipped from my grasp.  There was a gasp as we watched it spin through the air, seemingly in slow motion, bounce one time off the wood, clear the edge of the pier, and then drop unceremoniously through the surface of the water with a quiet bloop.  The lens cap then sank slowly to the bottom of the lake, coming to rest nearly ten feet under water.  We all watched in silence as it settled on the lake floor.  I gave a sigh.  The others looked at me to see what I would do.  I lifted my head, smiled and said, “It’s alright, it’s just a lens cap.  I can get another.”  I then turned and continued to walk toward the boat.  Taking my cue, the others turned to walk with me.

The Italian boatman, however, having watched the entire situation unfold, stepped off his boat and said to me with a thick Italian accent, “No, no, we get it.”  I began to protest, but quickly realized that my protestations would be to no avail as the kind boatman walked back onto his vessel and retrieved a pole with a small fishing net at the end of it.  He returned to where I stood with a smile in his eyes and a look of friendly determination on his face.  He asked me where the lens cap had landed.  I indicated an almost unseeable dark disc sitting deep in the clear water.  The boatman crouched down at the side of the pier and lowered the pole into the water, the net just barely reaching the lens cap where it lay.  He tapped it gently with the edge of the net, nudging it ever-so-slightly toward the shore.  At this point, everyone was watching with bated breath.  Every eye upon him, the kind boatman continued to gently tap the lens cap toward shore, get up and take a  few steps up the pier, and then reach down again with the net to tap it further.  The entire group stood watching each incremental move with rapt attention.  After numerous similar nudges, each yielding only the smallest of advances, he finally got the cap into shallow enough water where I could lean down over the side of the pier and retrieve it.  I pulled it up out of the water and lifted it into the air.  Everyone cheered.  The boatman stood up with a smile of triumph.  I thanked him, saying, “Grazie, signore, mille grazie.”  Feeling the appreciation, he smiled back at me and warmly replied, “Ti prego.”

Thus began our journey into Lake Como.  We started the day with a genuine show of kindness from a new friend, and the bonding that comes from a shared achievement, and this set the tone for the entire day.  As we boarded the boat, I quietly folded the still-wet lens cap into a small silk cloth and slipped it into a side pocket of my camera case.  Since that day, I have never rinsed nor cleaned that lens cap, instead keeping it just as it is, still touched with traces of the very water and earth of Lake Como, and imbued with a warm memory of a foggy morning in northern Italy.